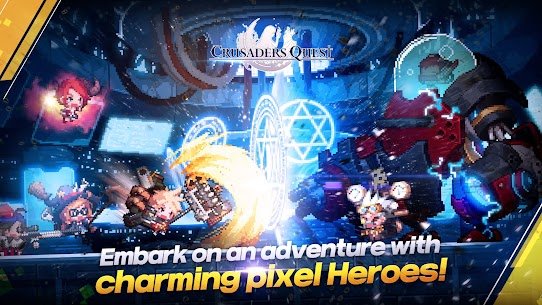 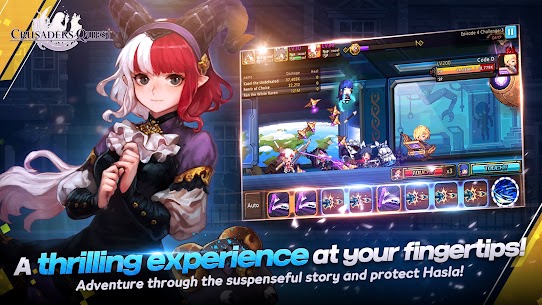 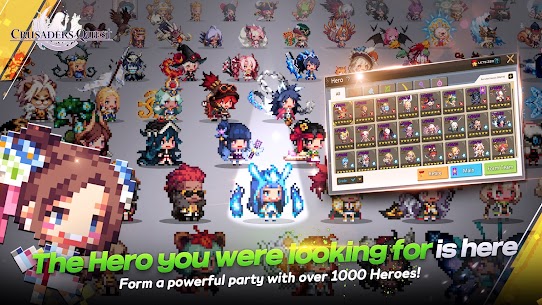 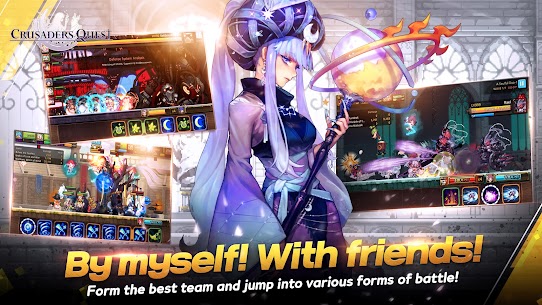 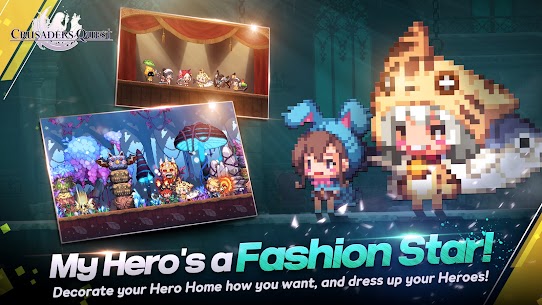 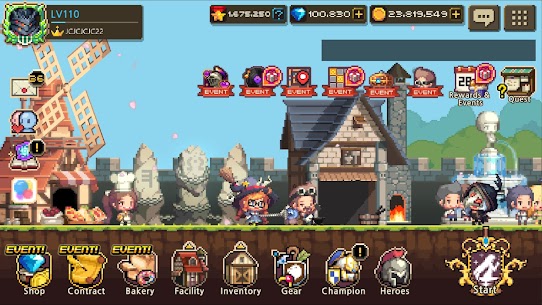 Play a classic retro RPG that will bring back childhood memories!

▶ Retro Pixel Art
Do you remember the times of classic games?
Immerse yourself in the cute, nostalgic pixel graphics and flashy action gameplay of more than 1,000 unique 8-bit Heroes!

▶ A Vast World With a Captivating Story
Adventure through and defend the land of Hasla and its Goddesses from the forces trying to bring it to ruin!

▶ Thrilling Block Skill Gameplay
Enjoy the simple yet strategic match-3 block skill controls in this puzzle action RPG!
Discover the exciting synergies between over 1,000 Heroes in an infinite number of team compositions, and turn the tides of battle with the Goddesses’ skills in critical moments!

▶ Soulbound Weapons, Sigils, and Inheritance
Obtain Heroes’ exclusive Soulbound Weapons and awaken their latent powers.
Utilize the ancient blacksmith’s practice of Inlaying to add powerful Sigils to your Heroes’ Soulbound Weapons!
Overcome challenges and acquire Ancient Books to grant your Heroes Inherited power from the past Heroes of legend.

▶ Deep PvP and World Boss Raids
Conquer the Colosseum and real time PvP Arena to prove your strength all over Hasla!
Fight through Ancient Dungeons overflowing with rewards and play with other Captains in World Boss Raids with challenging mechanics to take down massive monsters with 6 Heroes!

▶ Diverse and Frequent In-Game Events
Fighting isn’t the only thing Heroes do! Try your hand in interior designing for your Hero Home, a place for your Heroes to rest!
Compete in the Hasla Fishing Contest to see who can get the biggest catch, and receive special rewards!
Think you’re a master chef? Satisfy Fergus’ hunger by cooking up a mean meal!
Team up with other Captains in-game to lay siege upon opponents’ territories while defending your own!